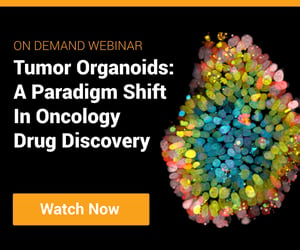 The speakers describe HUB Organoid™ features that preserve the genetic and phenotypic characteristics of the original tumor, providing a unique in vitro system for screening the efficacy of oncological drugs and enabling improved cancer drug candidates to enter the clinic. 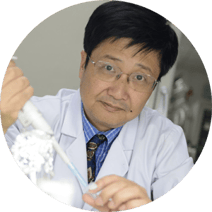 Henry QX Li, PhD leads CrownBio's Global Scientific Research and Innovation Division, focused on accelerating the creation of new, innovative products and services for discovery and translational sciences. Prior to this, Dr. Li successfully led and expanded CrownBio’s patient-derived xenograft (PDX) based Translational Oncology platform (2011-2016), and led the Biomarker and Diagnostic Technologies Division developing novel proprietary translational technologies for precise cancer diagnosis, predictive biomarker discovery, immuno-oncology biomarker detection and quantification, as well as rare cell identification and characterization (2016-2018). Before joining CrownBio, Dr. Li has over 20 years of biopharmaceutical, as well as academic R&D, experience in cancer and viral infection, including leadership roles as R&D Director/Senior Director in several US-based biotech companies. Dr. Li currently holds visiting Professor position at Peking University-State Key Laboratory. Dr. Li earned his Ph.D. in Molecular Biology/Biochemistry from the University of California (Irvine) and completed his postdoctoral training at UCLA School of Medicine. He has published more than 60 manuscripts and edited 3 books in the biopharmaceutical areas. He is also on the editorial board of Current Signal Transduction Therapy.

Sylvia F Boj received her PhD in 2006 at the University of Barcelona, Spain for her work at IDIBAPS on functional genetic analysis for deciphering the transcriptional role of MODY genes in pancreatic beta cells. With a long term EMBO fellowship, she subsequently joined the Hubrecht Institute (Utrecht, the Netherlands) as a postdoctoral fellow. In the laboratory of Prof. Hans Clevers she first studied the role of TCF7L2 regulating metabolism. Then, she established an in vitro organoid model for human pancreatic cancers. In 2014, she moved to Hubrecht Organoid Technology (Utrecht, the Netherlands) as a group leader for Cystic Fibrosis and Cancer programs. In 2016, she was appointed as Scientific Director of the HUB, with the ultimate goal of transferring scientific advances of the Organoid Technology to the development of new drugs, by interacting with pharmaceutical companies, and developing clinical trials to validate the predictive value of the Organoids for the response of patients to certain treatments.