Effective immediately, Michael Prosser is promoted to Chief Business Officer. Michael has been with Crown Bioscience for over ten years serving in a variety of operational and commercial leadership positions, and most recently served as Senior Vice President, Commercial and Strategic Development.

Building on the company’s continued growth, three new roles have been created within the commercial team and will report to Mr. Prosser. Alex Slater, who joined the company last year, has taken on added responsibility for APAC business development as Vice President of Global Business Development; Dr. Jonny McMichael has been appointed to Vice President of Client Experience and Enablement; and Dr. Achim Quandt has joined the company as Executive Director of Product Management.

“Crown Bioscience has grown significantly in recent years, consistently exceeding its annual growth target, and in FY21 we were delighted to record bookings growth of over 40%,” said Armin Spura, CEO. “With these changes announced today and under Michael's continued leadership, we are confident we are putting in place a commercial team that optimally positions Crown Bioscience for our next phase of growth.”

Michael Prosser, CBO, stated: “It’s an honor to be asked to lead the next stage in Crown Bioscience’s commercial growth. Our success to date is directly attributable to our relentless focus on customer experience, product innovation, and setting new industry-leading quality standards, and I’m excited to be working closely with the new team and structure as we strive to continuously improve in all these areas.”

The company added more than four hundred new customers in FY21, and to meet increased customer demand, has accelerated investments in its global footprint, with renovations now complete in APAC laboratories, and notably the formation of a joint venture with sister company MBL in Japan. In Europe and the United States, parallel investments are also planned for site expansions and strategic acquisitions. 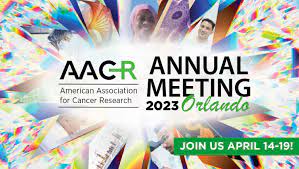