Organoid technology has enormous potential for oncology research and anticancer agent drug development. Generated from adult stem cells present in normal tissues, organoids recapitulate the physiology of their organ of origin by differentiating in vitro to give rise to functional 3D structures that maintain phenotypic and genotypic characteristics.

In this webinar, Dr Sylvia Boj reviews HUB protocols for organoid development. She demonstrates the many advantages of HUB Organoids leading to their predominance of use, and their direct clinical relevance.

Watch this Webinar to Learn: 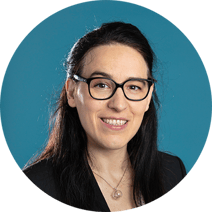 Sylvia F Boj, Scientific Director, Hubrecht Organoid Technology (HUB) received her PhD in 2006 at the University of Barcelona, Spain for her work at IDIBAPS on functional genetic analysis for deciphering the transcriptional role of MODY genes in pancreatic beta cells.

With a long term EMBO fellowship, she subsequently joined the Hubrecht Institute (Utrecht, the Netherlands) as a postdoctoral fellow. In the laboratory of Prof. Hans Clevers she first studied the role of TCF7L2 regulating metabolism. Following this, she established an in vitro organoid model for human pancreatic cancers.

In 2014, she moved to Hubrecht Organoid Technology (Utrecht, the Netherlands) as a Group Leader for Cystic Fibrosis and Cancer programs. In 2016, she was appointed as Scientific Director of the HUB, with the ultimate goal of transferring scientific advances in organoid technology to the development of new drugs, by interacting with pharmaceutical companies, and developing clinical trials to validate the predictive value of the organoids for patients response to certain treatments.