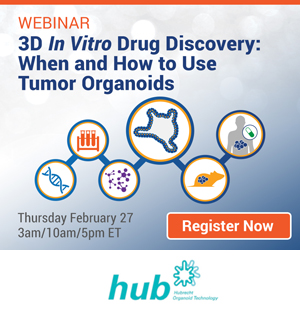 In this webinar, Dr Rajendra Kumari reviews the main features and differences between available 3D in vitro models. She’ll discuss when to best implement organoids vs standard 3D models at each step of the drug development cascade, with particular emphasis on how organoids are changing traditional approaches to drug screening.

Attend This Webinar to Learn: