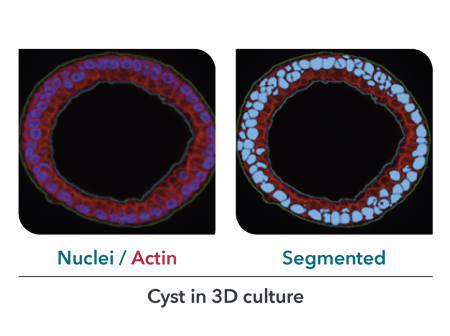 This ex vivo assay uses material collected from nephrectomy tissue from PKD patients. These tissues form cysts when cultured in a 3D environment. The cultures are bio- banked at low passage for subsequent compound testing. Cyst swelling can be driven by the addition of agonists such as desmopressin or forskolin.

Information about mutation status of these tissues is available 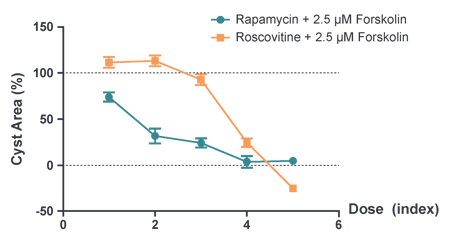 Pkd1 -/- mouse collecting duct cells were cultured in 3D. After 4 days, cultures were exposed to Forskolin and reference compounds for 72h. Their capability to inhibit the cyst swelling were compared to Solvent control (0.2% DMSO) and Stimulant only control (Forskolin).

Cells that were harvested from ADPKD patients, were seeded in 384 well plates in 3D. After 24h, cultures were exposed to stimulant with reference compounds for 48h. Left: forskolin (green) or desmopressin (orange) in combination with tolvaptan (data not normalized). Right: Reference compounds were compared to positive control (Solvent only) and negative control (Desmopressin (ddAVP) only or Forskolin only) for their capability to inhibit the cyst swelling. Data was normalized to Solvent only (0%) and Desmopressin (ddAVP) only (100%) 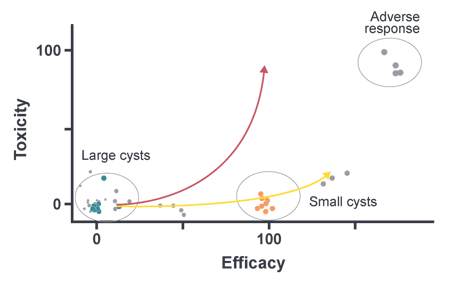 Discriminating between inhibition of cyst swelling and toxicity 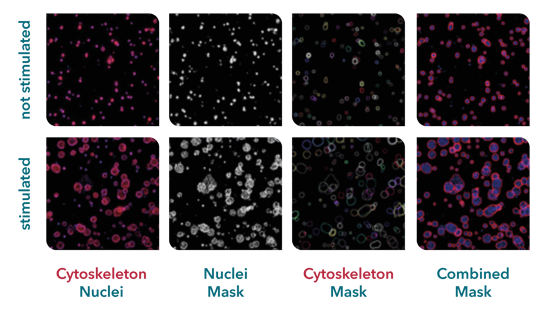 After pre-culture, cells are seeded in an extracellular matrix in 384 well plates where they spontaneously form cysts. This typically takes 1-4 days, and is followed by stimulation of cyst swelling by addition of a swelling inducing compound such as vasopressin or forskolin. Simultaneously treatment that aims at inhibiting the swelling is added for 48-72h.

Set-up can be adapted to accommodate different research questions