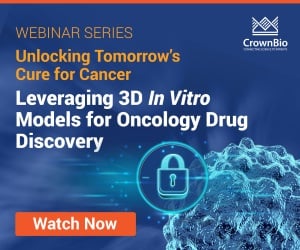 The cancer resistance landscape is evolving in parallel to the identification of new targets and therapeutics or the development of novel combination strategies. Matching a promising target to the best patient population requires an arsenal of tools, in depth expertise, and models that reflect the patient clinical situation as early as the in vitro stage of preclinical drug development.

In this webinar, the first in our "Unlocking Tomorrow's Cure for Cancer" series, Dr Rajendra Kumari reviews how 2D in vitro models have contributed to the development of new agents and discuss the need to improve translatability using patient relevant 3D systems such as primary cell cultures and organoids that more faithfully recapitulate tissue architecture and drug responses seen in the clinic.

Watch this Webinar to Learn: